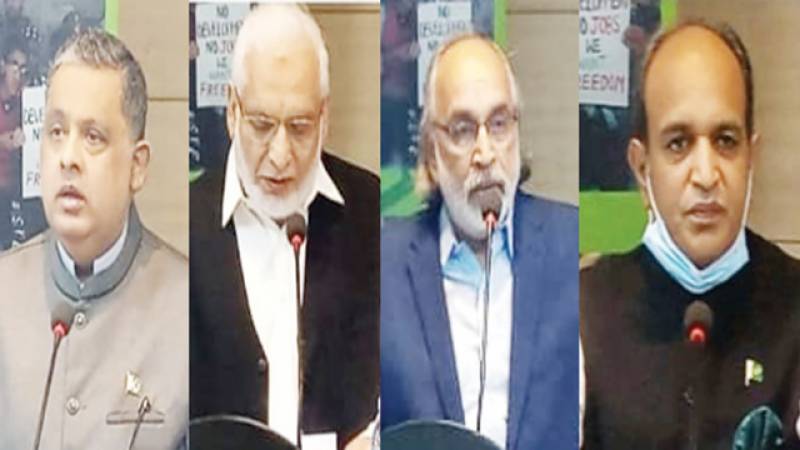 Consulate General of Pakistan organized an event on 5th February 2021  to observe Kashmir Solidarity Day. The event which is also known as ‘Youm-e-Yakjehti-e-Kashmir’ was attended by prominent members of the Pakistani and Kashmiri community as well as representatives of Arabic and ethnic media. The day is observed to express protest against the illegal Indian occupation on part of Jammu & Kashmir and to reiterate Pakistan’s support and unity with the people of the Indian Illegally Occupied Jammu & Kashmir (IIOJK).

Highlighting the gravity of the situation in the IIOJK, the speakers stressed that since the revocation of Articles 370 and 35A of Indian Constitution, granting special autonomous status to IIOJK, on 5th August 2019, India has deployed massive troops across the Kashmir valley, banned public movement and imposed a communication blackout. They said that the BJP’s Nazi mindset has fostered an environment that encourages hate speech and promotes hate crimes directed at Muslims, often under the banner of Hindu nationalism. It is with this inclination that fanatic Hindu leadership of India is carrying out a plan to change the demography of the IIOJK and implementing a regulated program under the disguise of development and new legislations.

The speakers underlined that Kashmir was the oldest unresolved agenda of the UNSC and waiting implementation for over 70 years. They underlined that it was a high time that the world community honour its commitment to resolve this issue affecting billions in South Asia region in order to usher a lasting peace in the region. Speakers emphasized that there can be no lasting peace in the South Asian region without the peaceful resolution of the Kashmir dispute.

It was stressed that Pakistan will never withdraw from its principled stance on the IIOJK and will continue to extend its moral, political, and diplomatic support to the people of Jammu & Kashmir in their just struggle for the right to self-determination, as promised to them by the international community through the successive UN Security Council resolutions.

The event concluded with collective prayer for the success of Kashmiris’ struggle for their legitimate right to self- determination. Due to COVID-19 precautions, the attendance level at the venue was kept to the permissible limit while others attended virtually.