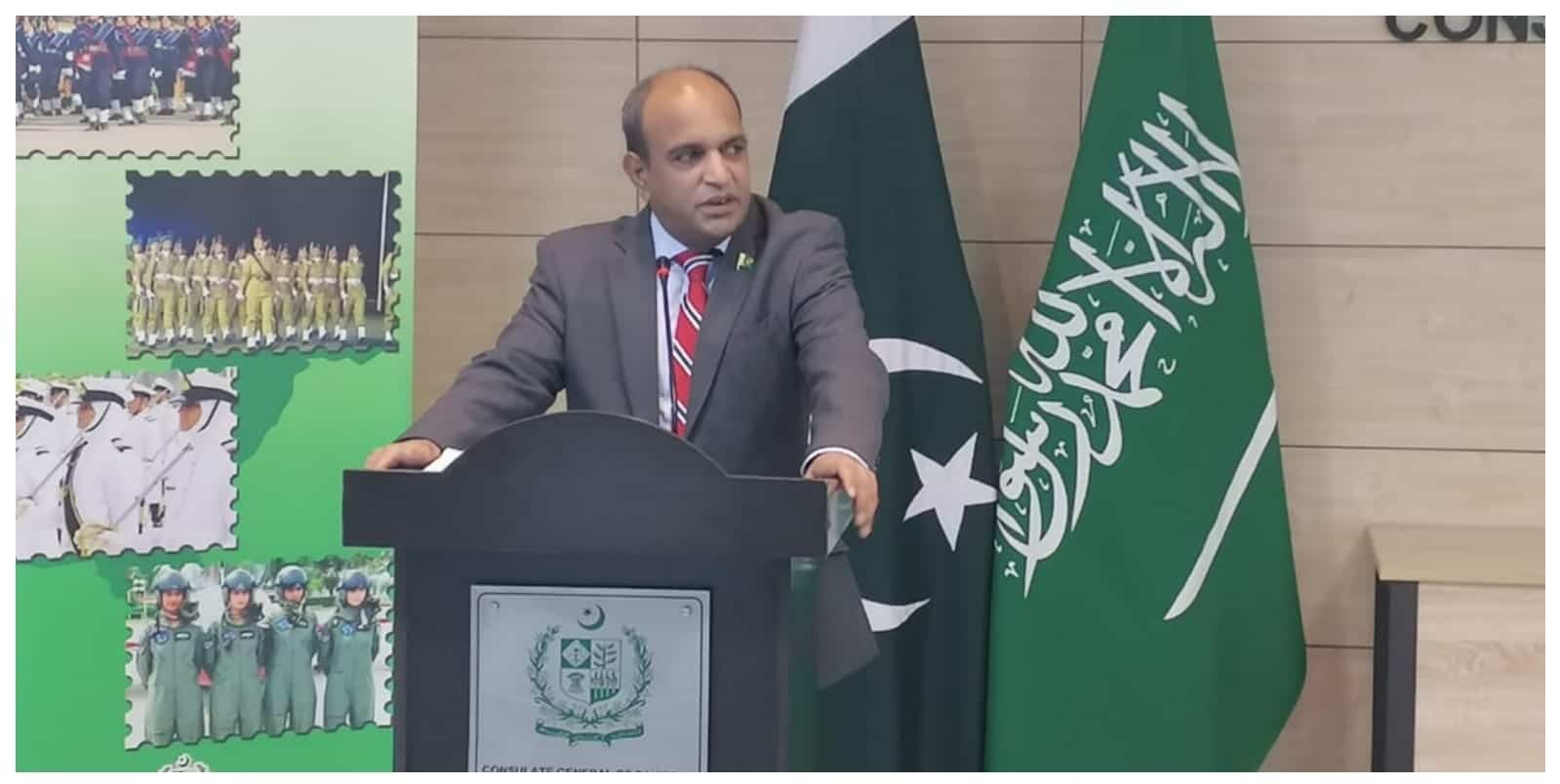 The Consulate General of Pakistan Jeddah commemorated the 56th Defence Day of Pakistan to pay tribute to those Pakistani men and women who laid down their lives in the service of the motherland. Display areas were adorned with posters to highlight the bravery and courage of our armed force during the 1965 war.

The event was attended with representation from different segments of the Pakistani Community and representatives from the three wings of the Armed forces of Pakistan. The ceremony commenced with recitation of the Holy Quran followed by National Anthems of Pakistan and Saudi Arabia. Special messages of the President and Prime Minister of Pakistan were read out to the public. Special songs dedicated to Pakistan’s armed forces were also screened as part of the proceedings.

During his remarks, the Consul General of Pakistan highlighted the sacrifices rendered by the brave soldiers of Pakistani Armed Forces. He paid special tribute to the martyred men and women as well as their brave families. He also reiterated the resolve of the resilient Pakistani nation to overcome all challenges and emphasized on the significance of relationships among comity of nations to deal with contemporary issues facing the world.

Earlier, a documentary on the contribution of Pakistan’s Armed Forces was screened. School children made speeches to mark the significance of the day.

The event concluded with collective prayers for the martyrs of Pakistan as well as for the safety, security continued progress and prosperity of Pakistan. 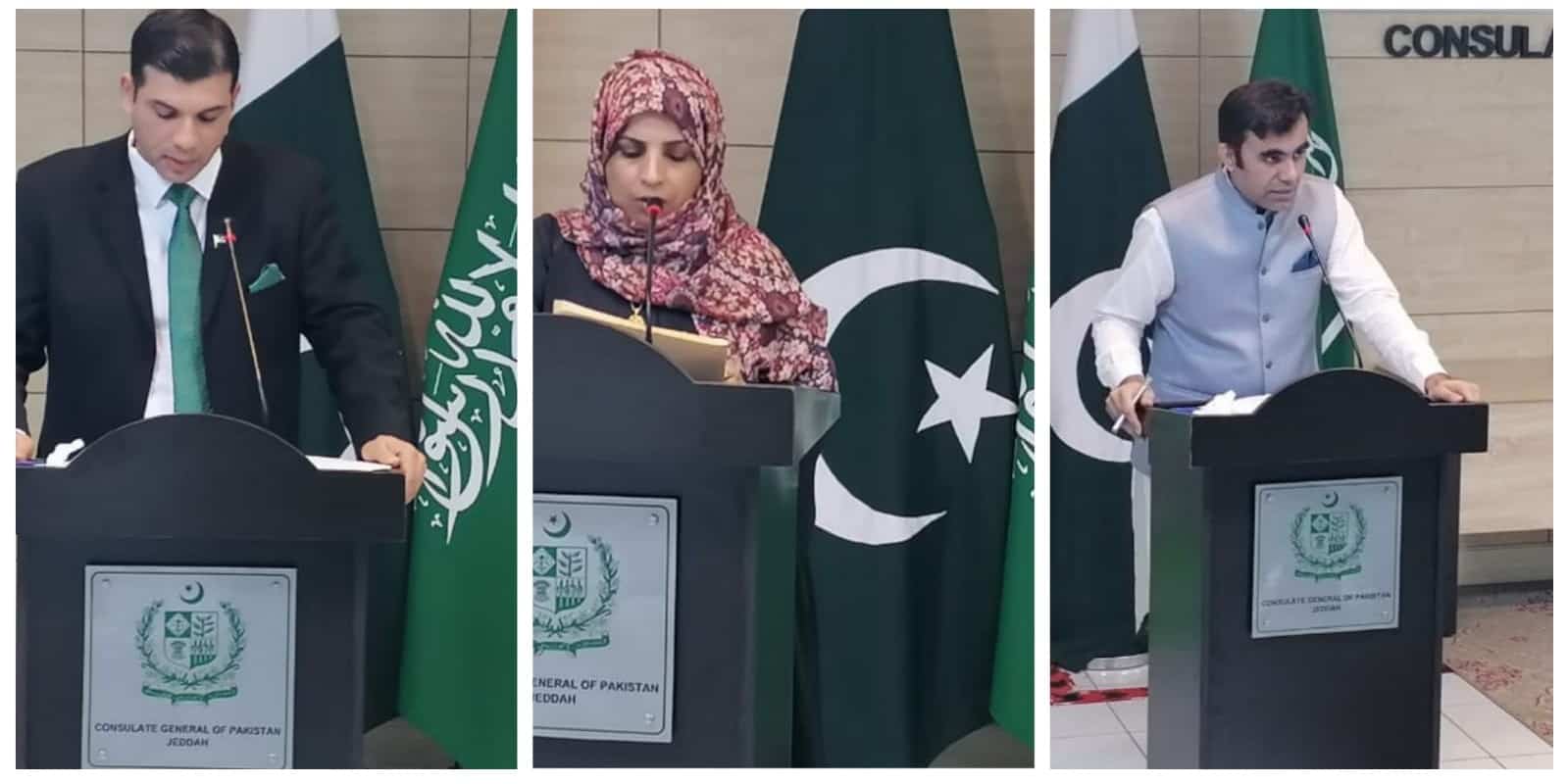