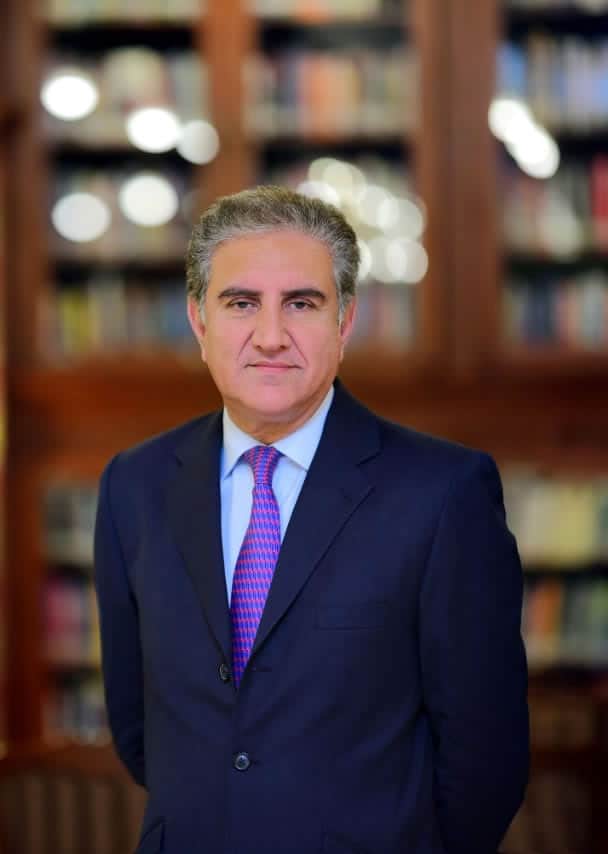 Makhdoom Shah Mahmood Qureshi has twice served as Minister for Foreign Affairs, from 2008-2011 and currently since August 2018. A seasoned politician, Foreign Minister Shah Mahmood Qureshi has engaged at every echelon of politics and governance since he started his political career in 1983 from the District Council, from where he progressed to the Provincial Assembly.

Foreign Minister Qureshi remained a member of the Punjab Assembly for nine years from 1985 to 1993 and has held multiple Ministerial portfolios, serving previously as Minister of Planning and Development and Minister of Finance of the Punjab.

As Foreign Minister, Shah Mahmood Qureshi envisions a foreign policy that is articulate and principled, ensuring a peaceful and prosperous neighborhood for development. He believes in the reinforcement of long-standing relationships and in making new alliances with Pakistan pursuing a policy of partnership for peace, security and prosperity. Born on 22nd June 1956, Makhdoom Shah Mahmood Qureshi hails from Multan in Pakistan, renowned historically as the city of saints. He traces his lineage to the great Sufi Muslim saint, Hazrat Ghous Bahauddin Zakariya Soharwardy Multani (RA) and represents the peace, openness and tolerance enshrined in Islam. He is an alumnus of Aitchison College, Lahore, and a Cambridge University graduate where he studied Law and History from Corpus Christi College for Master's degree. Foreign Minister Qureshi is also presently Vice Chairman of political party Pakistan Tehreek-e-Insaf and an avid agriculturalist.