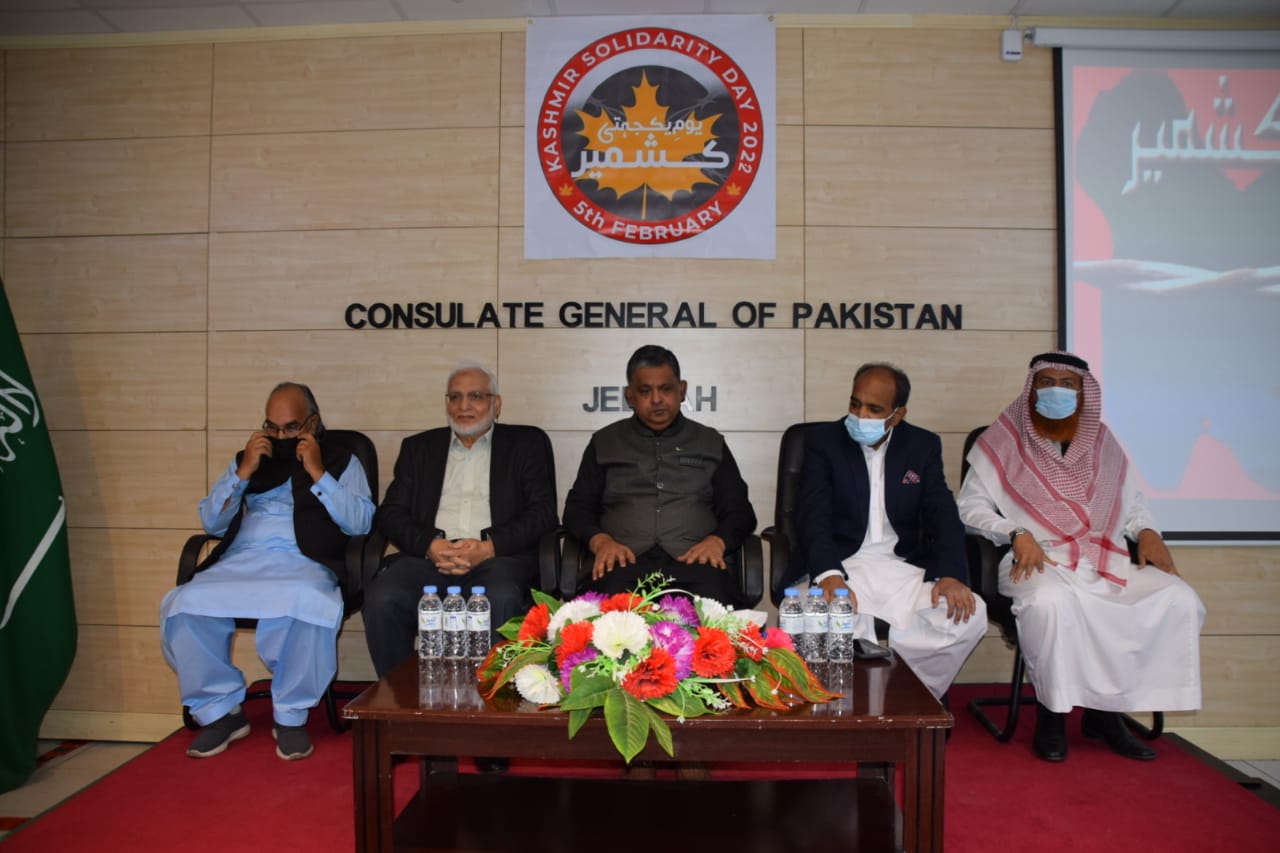 In line with the national policy to observe Kashmir Solidarity Day throughout the world, a seminar-cum-exhibition was organised to express solidarity with Kashmiri brethren on February 5 at the Consulate General of Pakistan in Jeddah.

The event started with recitation from the Holy Quran followed by reading out of messages from the President, the Prime Minister of Pakistan and the Foreign Minister and displaying a documentary on the situation in Indian Illegally Occupied Jammu & Kashmir (IIOJK).

The speakers shed light on India’s illegal and unilateral actions of August 5, 2019 and emphasized that despite turning Kashmir into a fortified prison, India could not defeat the indomitable spirit of the freedom loving Kashmiri people.

They called upon India to immediately stop gross, systematic and state sponsored human rights abuses in IIOJK and allow international organizations unhindered access to the occupied territory. They also shed light on the plight of the Kashmiri nation and gruesome human rights violations battered at the hands of brutal Indian paramilitary forces and resolved that the dispute is an unfinished agenda of the partition.

E. Rizwan Sheikh, in his address, reaffirmed Government of Pakistan’s continued moral, diplomatic and political support to the oppressed Kashmiris in their legitimate struggle for the right to self-determination.

The event concluded with a collective prayer for the oppressed Kashmiris and peace and prosperity of Pakistan and unity of the Muslim Ummah. 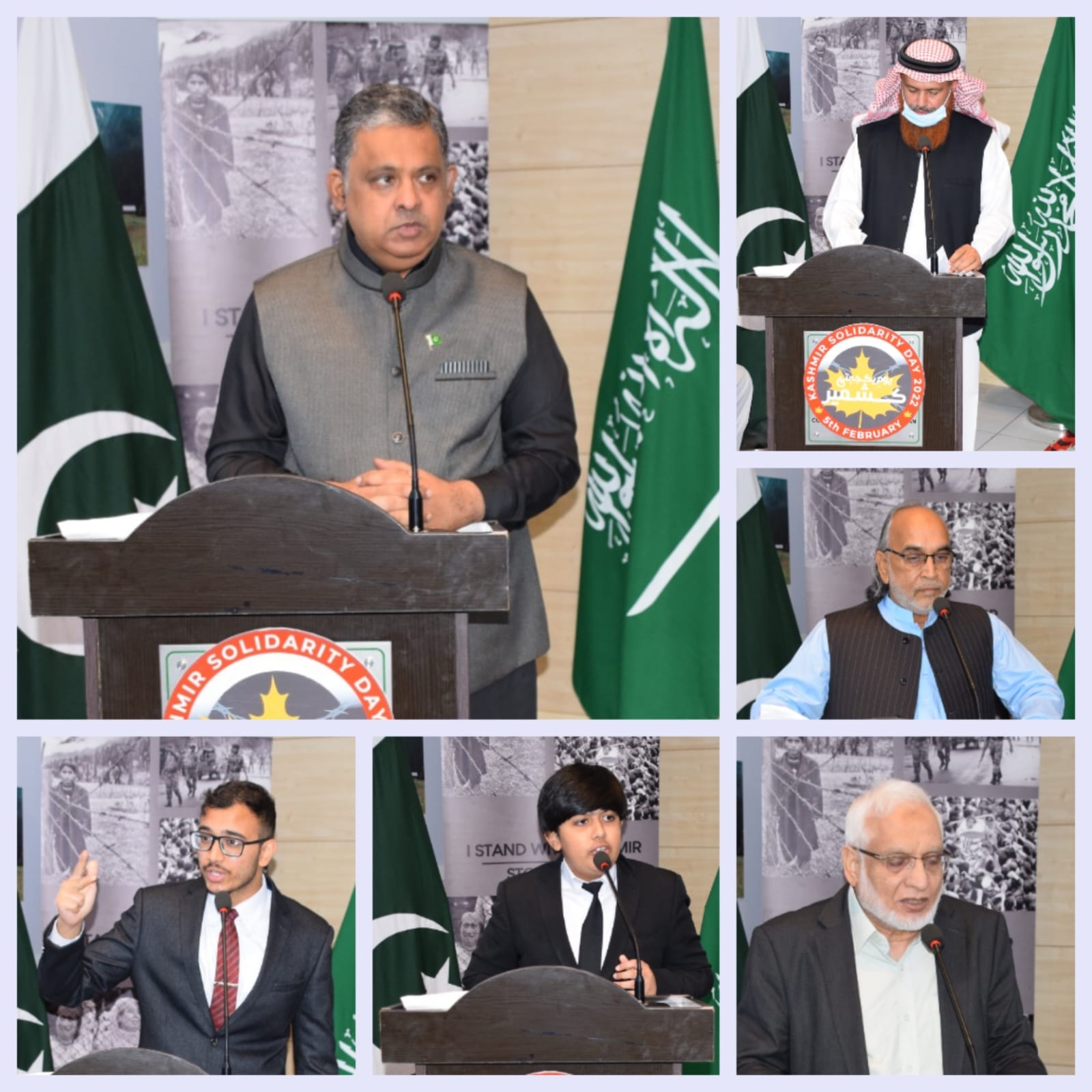 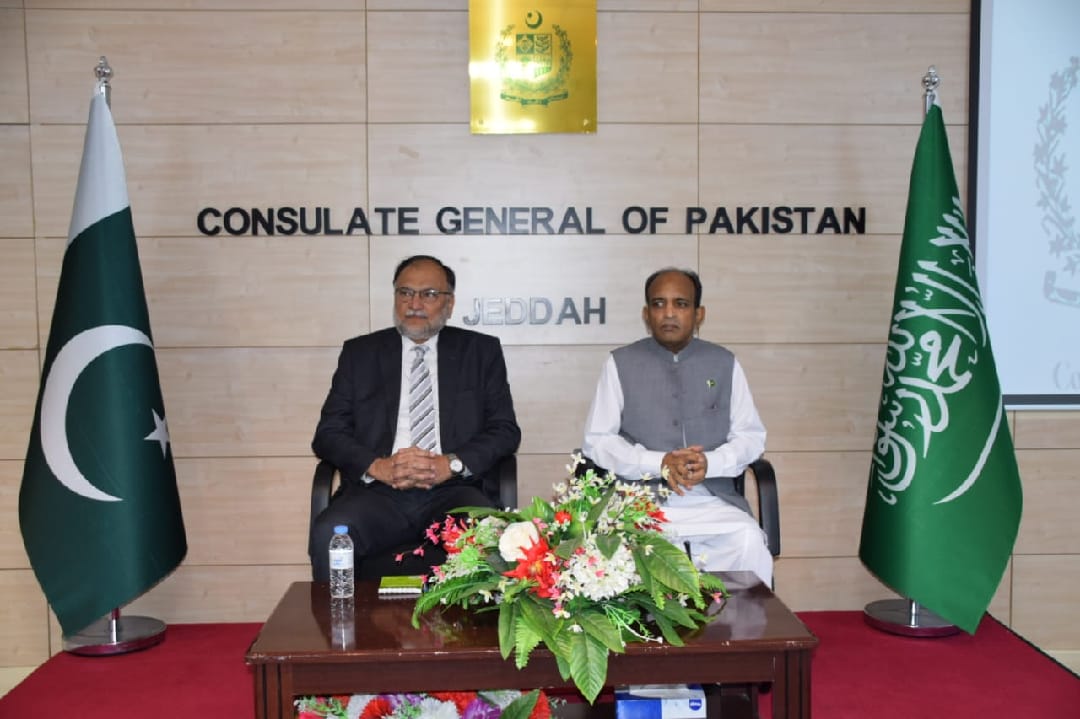 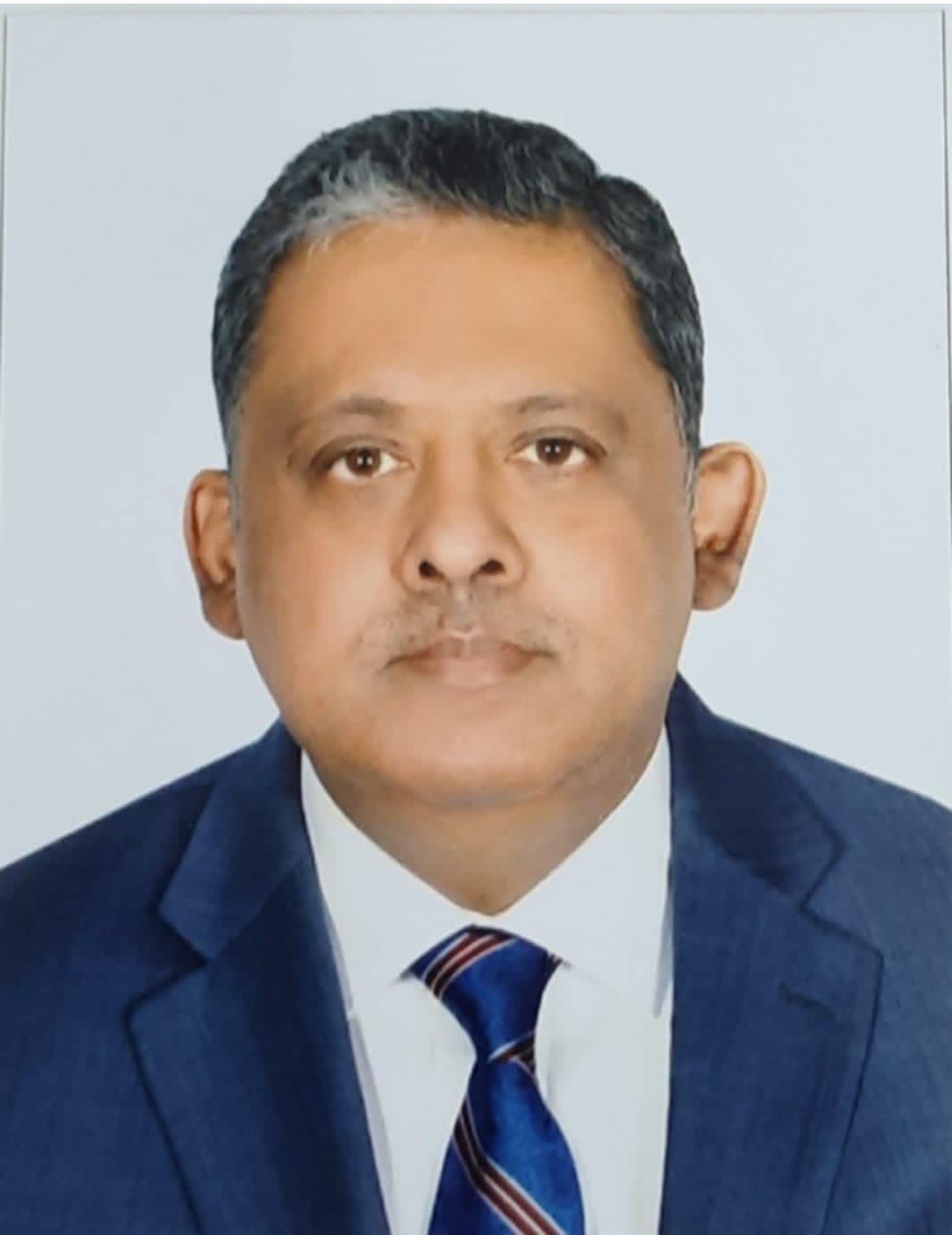 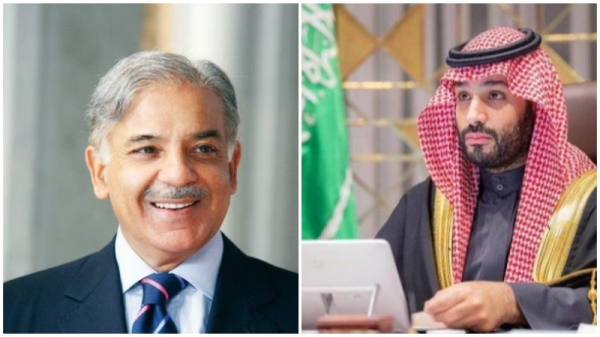