The Commander of Pakistan Navy Ship PNS ‘Moawin’ Capt. Mohammed Abdullah Siddiqui, held a dinner reception in honor of the Saudi naval officers, consul generals, diplomats, and a cross-section of the Pakistani community to mark the defense day of Pakistan here at Jeddah Islamic Port.

Welcoming the guests onboard, Captain Siddiqui thanked the Consul General of Pakistan, Khalid Majid, Saudi Commander Ahmed Muhammad Al-Asiri, and the Saudi government for the excellent hospitality extended to the crew during their entire visit. During his address, he told the audience that PNS Moawin’ was the biggest combat support ship built in Pakistan. He said the ship was commissioned on 16 October 2018 and possesses the capability to supply fuel, water, and ammunition to Pakistan Navy combats and auxiliary units and is equipped with State of the art medical facilities as well.

Captain Abdullah Siddiqui said the visit of PNS ‘Moawin’ to Saudi Arabia will further strengthen the bonds of friendship between Pakistan and Saudi Arabia. He said that the Royal Saudi Navy and Pakistan Navy enjoy cordial ties and have a close professional relationship and hold several joint naval pieces of training and exercises. He said that Pakistan and Saudi Arabia have long, time-tested, and mutually supportive relations, whose roots are attached to people-to-people relationships.

Captain Abdullah said that Pakistan believes in promoting peace and security in the region. It has remained committed to international resolve to maintain stability and curb terrorism in all its forms.

The event concluded with a cake-cutting ceremony. 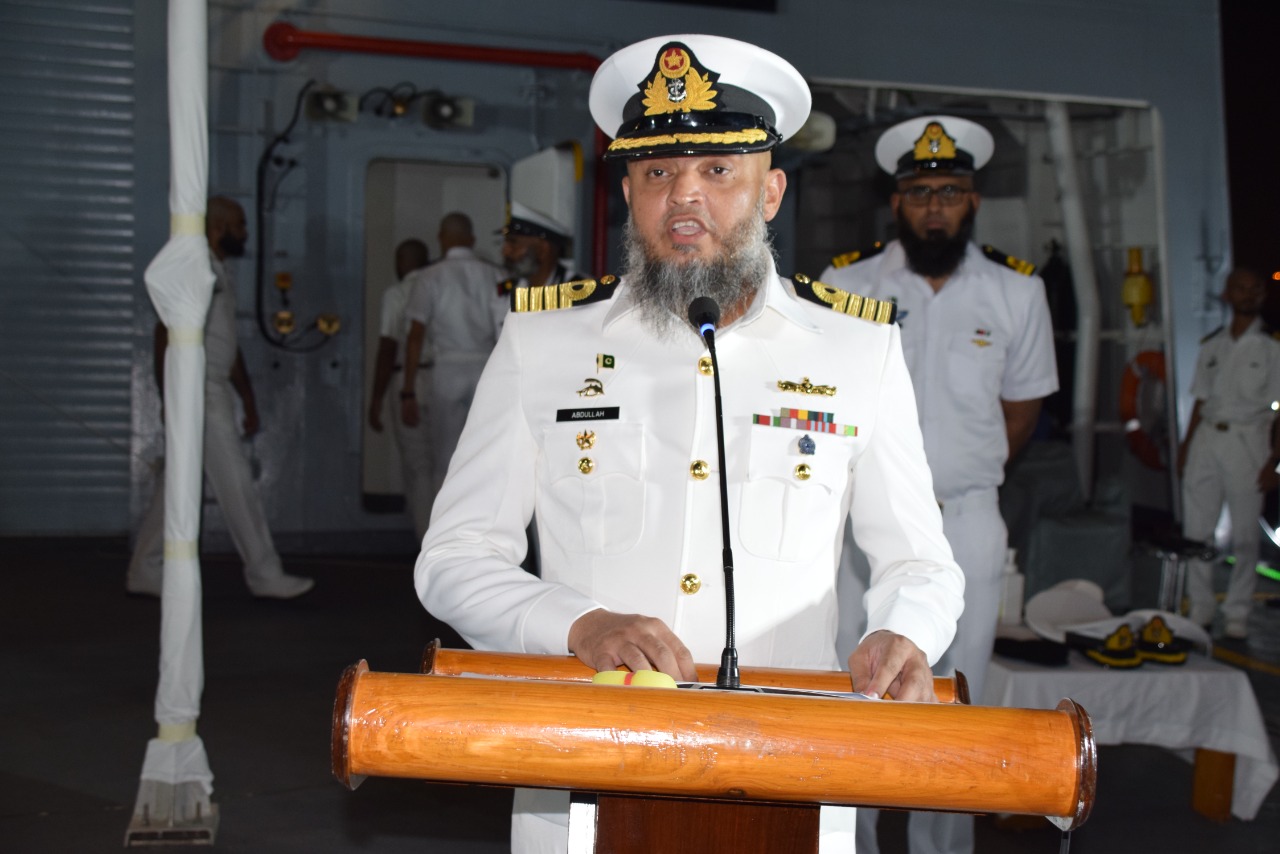