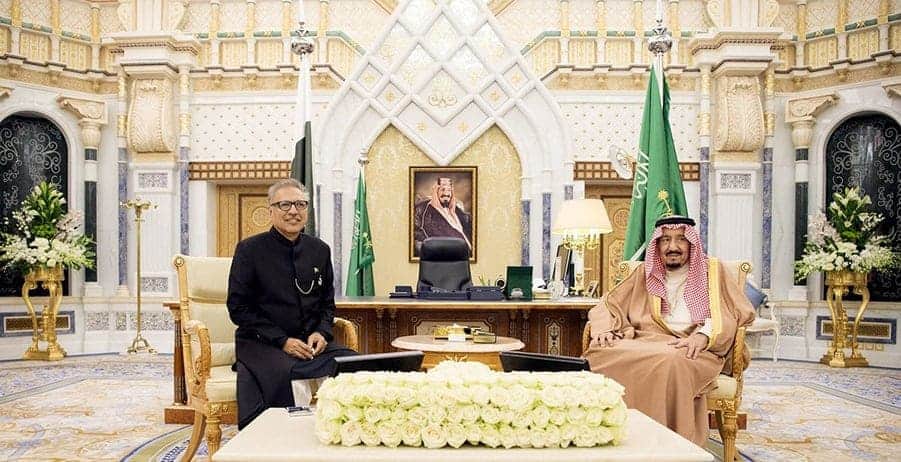 King Salman warmly welcomed the president and congratulated him on his election. He underscored the importance of the time-tested Pak-Saudi relationship, and said that the relations between the two brotherly countries were excellent at all levels. The King also commended the positive role played by Pakistani expatriates in the progress and development of the Kingdom of Saudi Arabia.

The President reiterated the close bonds of friendship and brotherhood enjoyed by the two countries, based on shared faith, culture and values. He acknowledged the common positions that the two countries had on many regional and international issues. Recalling the recent visit of Prime Minister Imran Khan, the president hoped that the bilateral relationship would be further strengthened in the days to come.

The president commended the progress made by the Kingdom under Vision 2030. He stressed that Pakistani expatriates would continue to play their positive role towards the development of both countries.

Doors of Holy Kaaba were opened for President Alvi who is in Saudi Arabia to perform Umrah.

According to reports, the president arrived in Makkah on Tuesday where he performed Umrah and prayed for the prosperity of his country.

During his pilgrimage, the doors of Kaaba were opened for President Alvi where he offered Nawafil.

Besides, the Grand Mosque’s administration and diplomats from Pakistan’s Embassy also accompanied the president.