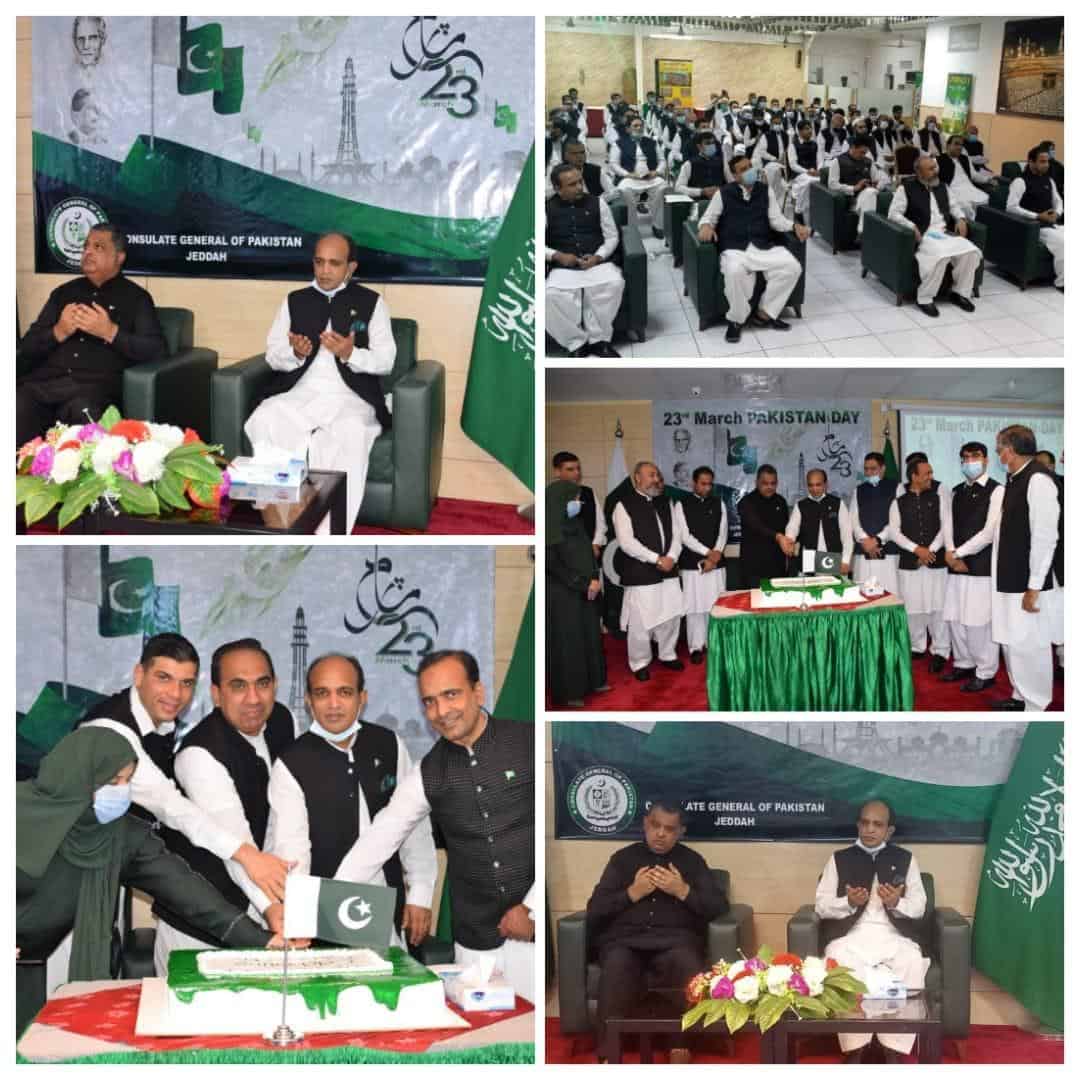 The Consulate General of Pakistan in Jeddah organized a flag hoisting ceremony to mark Pakistan Day—23rd March. Pakistan’s Permanent Representative to the OIC Ambassador Rizwan Saeed Sheikh and Consul General Khalid Majid jointly hoisted the National Flag in the backdrop of the National Anthem of Pakistan. Later on, special messages of the President, the Prime Minister, and the Foreign Minister were read out.

In their respective addresses, Ambassador Rizwan Saeed Sheikh and Consul General Khalid Majid congratulated the Pakistani community on the occasion and highlighted the significance of the day. They underlined Pakistan’s regional and global importance by its history, geo-strategic location, rich human and natural resources. It was highlighted that the Government of Pakistan is aware of the current challenges facing the country and has adopted a comprehensive set of economic and structural reforms to lay the foundations of sustainable socio-economic development.

The speakers paid rich tributes to the heroes of the Pakistan Movement as well as those who made significant contributions towards the national objectives, stability, and progress of Pakistan. They also reiterated Pakistan’s continuous support for the just struggle of Kashmiri brothers and sisters against the oppression and brutality of the Indian forces.

The Consul General highlighted Pakistan’s strong relations with the brotherly Kingdom of Saudi Arabia and praised the contributions of the Pakistani community in further strengthening Pak-Saudi relations.

On this auspicious occasion, the first-ever tri-lingual (English, Urdu, Arabic) website of any Pakistani Foreign Mission was launched as part of the efforts of the Consulate General of Pakistan, Jeddah to provide better public service delivery.

The event ended with a collective prayer for the prosperity of Pakistan. Due to COVID-19 restrictions, the attendance was kept to the minimum. 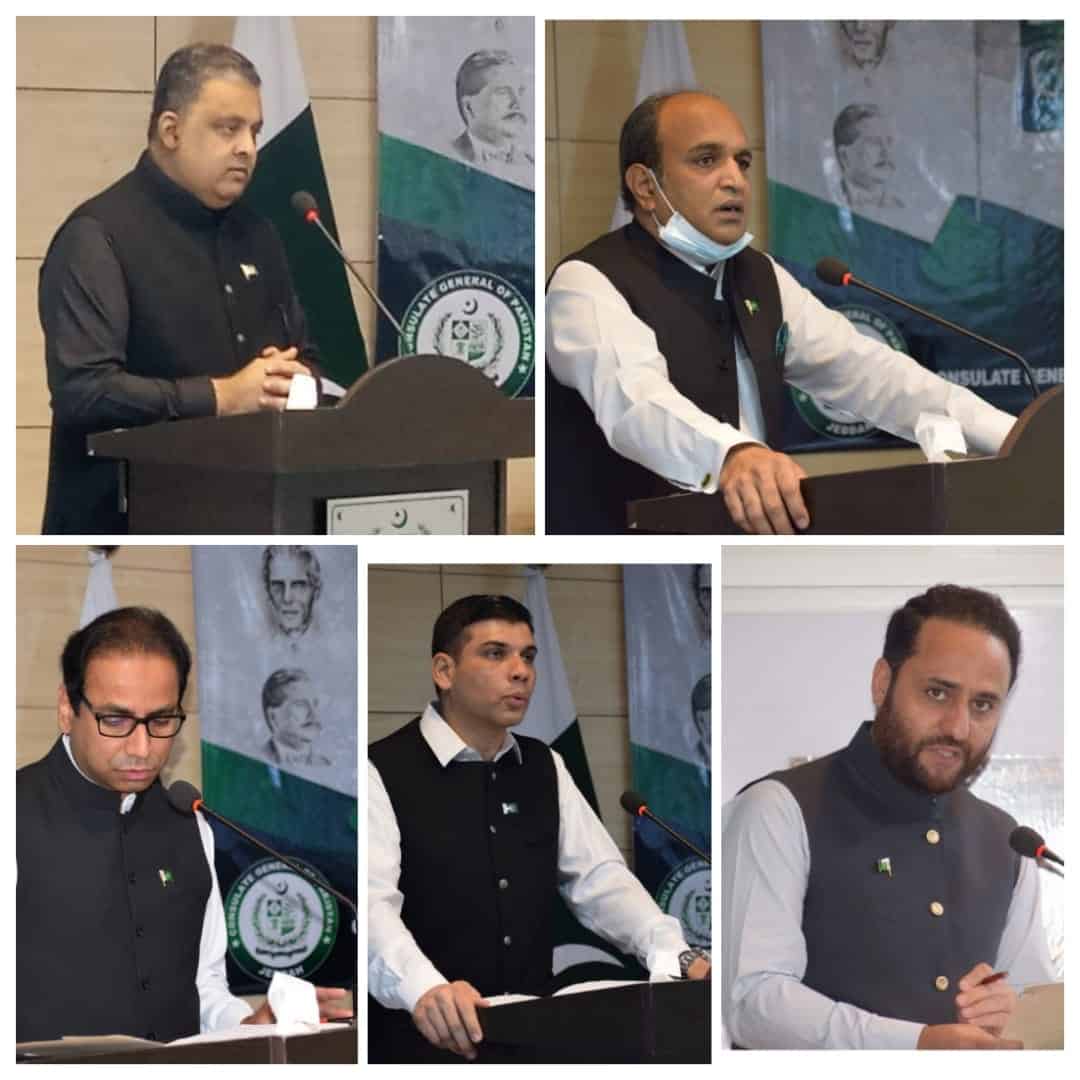 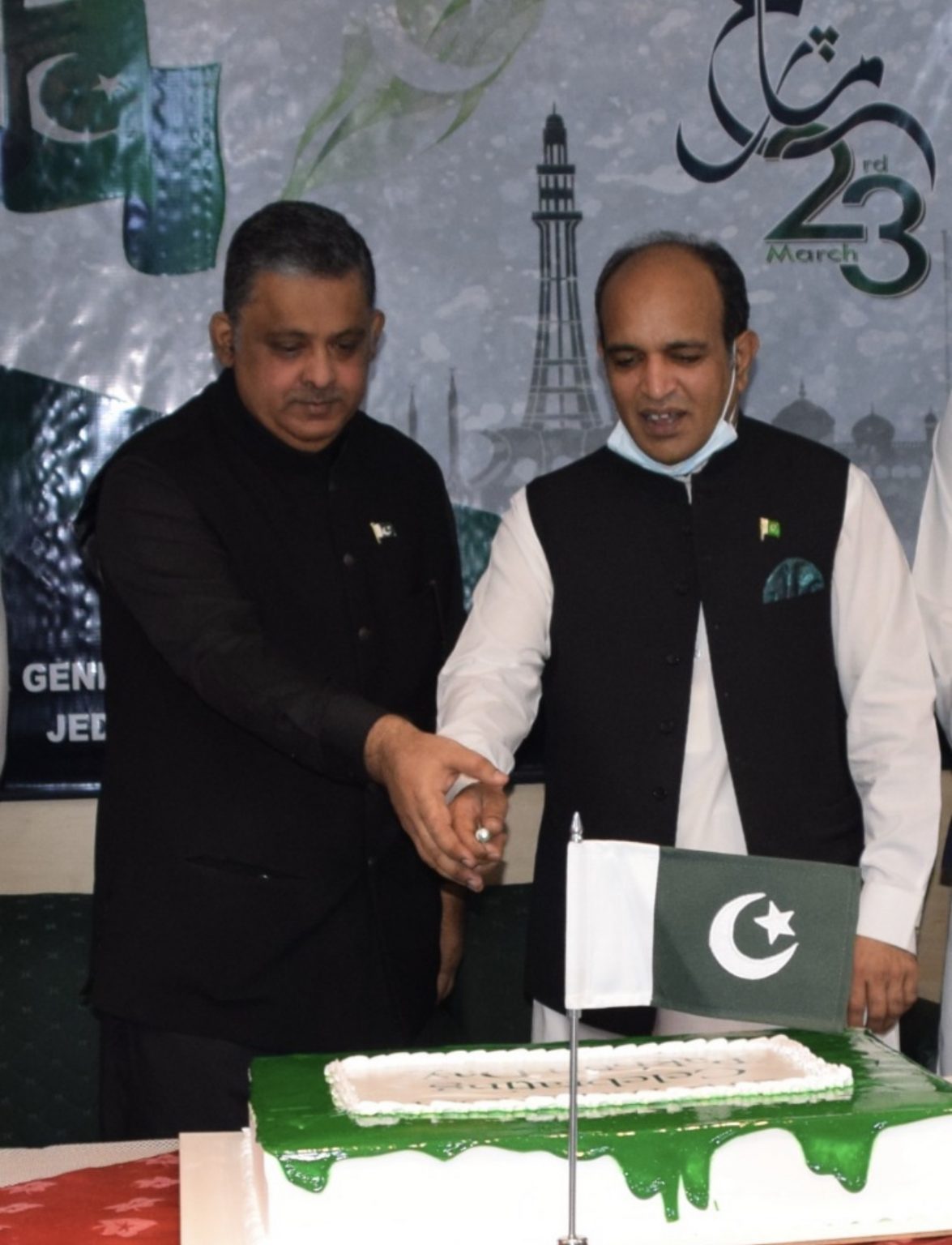